Walking (Dogs) in a Winter Wonderland

Winter Storm Jonas dumped around two feet of snow on D.C. in the latter half of January. Despite basically accurate weather forecasts and attending preparations both public and private, our city was paralyzed for the better part of a week. It’s been a trip!

Much like us, our dogs had their moments of joyous romping in the snow and sad shivering in the slush (with individually varying proportions of one to the other!). Unlike us, they mostly don’t have snow boots to protect their feet from snow, ice, salt, and other road surface treatments. It’s always a good idea to wipe down paws after walks out in wintry weather, and check the pads for dryness or cracking.

Different dogs have different tolerances the cold, so it’s important to know your pet’s limits (and preferences). Even dogs with thick coats can suffer hypothermia. Some of the signs include whining, shivering, and sluggishness. If your pet seems reluctant to move or is trying to burrow and lie down, it’s time to get them out of the cold!

The snows are retreating now, but winter may not be done with us just yet. Stay safe and warm with your pet, whatever that groundhog tells you! 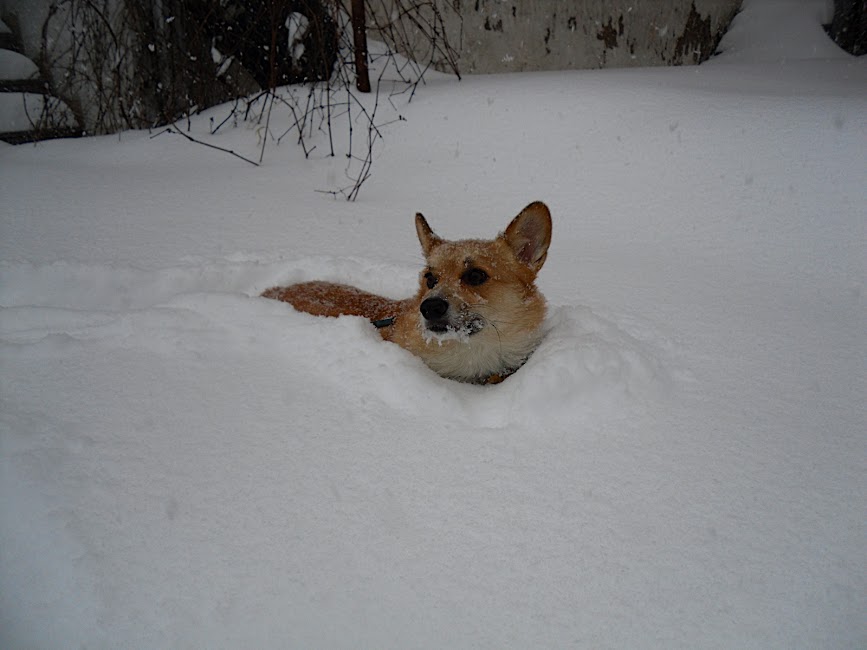 Deep snow can be extra tough for short-legged pups!